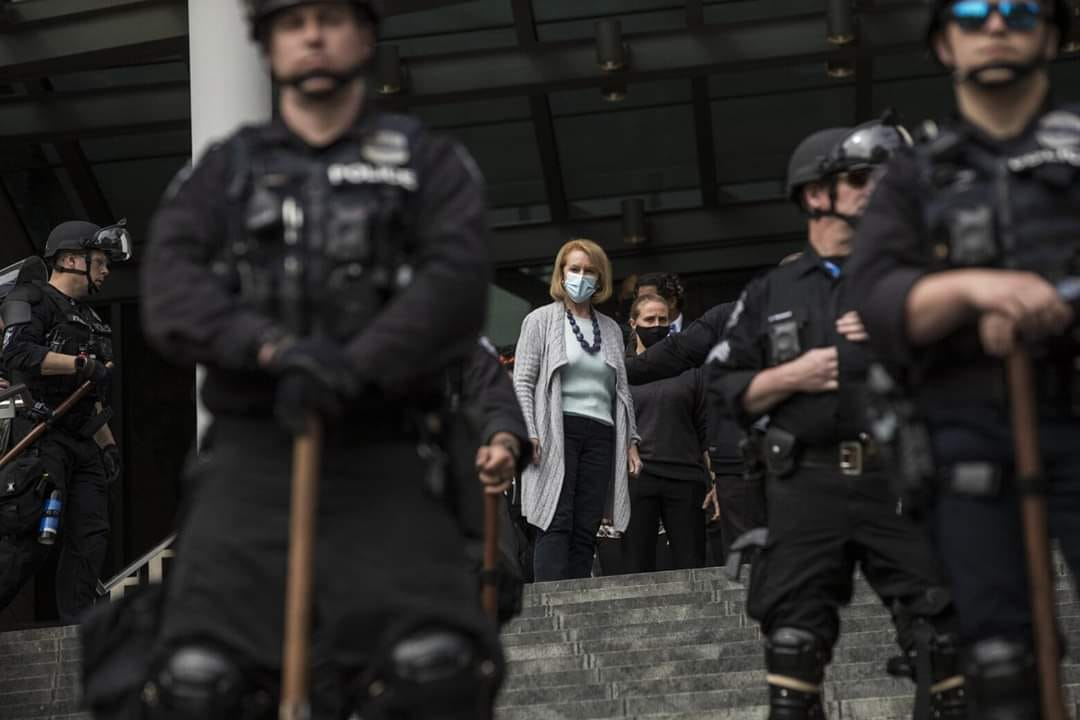 How can we stay in informed?

We’re a group of Democrats in the 43rd and 36th Legislative District leadership (mostly!). Mayor Jenny Durkan was elected by Democrats, and we feel obligated as Democrats to address her failure both to protect protesters from violence caused by the Seattle Police Department and to respond to the demands of protesters and Black-led community groups to defund the Seattle Police Department, invest in Black communities, and release all protesters. (For full details, read our letter to the Mayor and Seattle City Council.)

Just like it is the responsibility of white people to address the systemic racism we created and benefit from, we also believe allies should do the work to keep political pressure on a mayor elected mostly by Democrats. Our group is in consultation with multiple Black organizers who are leading the charge to defund SPD and build a Seattle where Black lives matter. We fully support the call by leaders in the Black Community, centered in COVID-19 Mutual Aid Seattle, to Defund Seattle Police. (If you haven’t already, sign the demand at https://DecriminalizeSeattle.com.)

We do not view removing Mayor Durkan as our end goal. Rather, as she has demonstrated indifference at best and active opposition at worst to the goal of Defunding Seattle Police to protect Black lives by investing and expanding community safety and well-being beyond policing, we feel her removal from office is a necessary first step towards achieving these goals.

Are you affiliated with any “Recall Mayor Jenny Durkan” Change.org petition?

No, we are not. A recall is another way to remove Mayor Durkan. We’re focused on demanding she resign or be removed by City Council.

Why must Mayor Durkan resign?

She has both willfully violated her duties as mayor and has committed multiple offenses involving moral turpitude. She has failed to stop the Seattle Police Department from engaging in violence against its residents. She failed to protect the safety of our communities, specifically our Black community, the homeless, and peaceful protesters. She violated the accepted standards of our community by excusing and defending the violence used against our families, friends, and neighbors.

She refuses to heed community demands to defund the police, to protect and expand investments to make our communities safe, and to not prosecute protesters.

What if she doesn’t resign?

Seattle Council must remove her by impeachment.

How would Seattle City Council remove her?

An explanation of the process is given in Seattle City Council Insight. Basically, Seattle Council sends here notice of an impeachment hearing. Holds the hearing. And then at least councilmembers need to vote to remove. The Seattle Charter states:

What happens after they remove her?